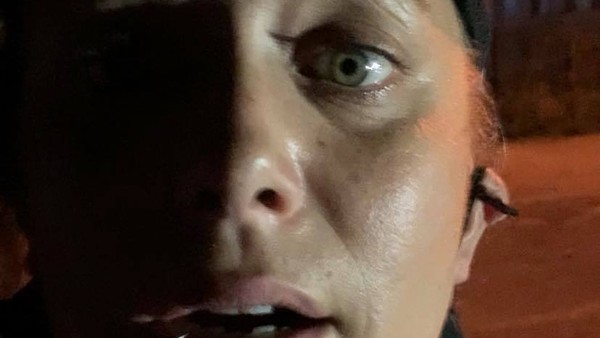 What’s been billed as an attempted car theft gone wrong in south St. Louis has rapidly spiraled into a viral story of crime and intrigue this week — one centered around drugs, stolen vehicles, looted storage lockers and the mysterious circumstances surrounding the death of a 62-year-old man.

A Facebook account under the name Elizabeth Cooke posted two videos on August 6, showing a woman believed to be Cooke as she’s confronted by a man whose car she was allegedly attempting to steal.

“What the fuck?” the man says at the video’s outset, which was recorded on August 4.

“My friend sent me over here and told me that I could use his car because my car broke down,” Cooke replies. “I’m so sorry, is this not my car?”

After a tense exchange in which the man accuses Cooke of attempting to crack his steering column, he sends her away from the area, but not before asking her to pull down her mask so that he could get a clear shot of her face, which she does. (A screenshot of that moment from the video can be seen at the top of this article.)

But it wasn’t Cooke who uploaded the videos, says the man. She simply left her phone behind at the scene, which the owner of the car subsequently gained access to — and with it, Cooke’s social media accounts.


That kicked off a whirlwind of changes to Cooke’s Facebook page. Soon, her bio was altered to indicate that she “works at stealing;” a parenthetical was added to the end of her name that reads “(Car Thief);” and her cover image was changed to a stock image of a generic female burglar.

In the days since, the car’s owner, whom we’re going to call “Jeff” because he asked that we not use his name, tells the RFT that he also found a trove of messages in Facebook’s Messenger app in which Cooke appears to be openly discussing various crimes with a group of accomplices, most of them related to theft and drugs. Naturally, those were soon posted to Cooke’s Facebook page as well, attracting a deluge of attention from internet sleuths and other onlookers as the page has increasingly gone viral. Jeff says he has since turned the phone over to police — but not before saving as many details as he could about the alleged crimes.

Since the initial incident, Jeff says he has heard from a couple of people in Cooke’s orbit.

“Her fiance gave me access to the phone — he gave me permission to enter the phone,” Jeff tells the RFT. “And what I did is I took as much information as I could out of it. And then, when her sister said that the phone was reported stolen, I went ahead and I made sure I had access to everything, and handed it over to the police, because I didn’t want to be in possession of stolen property.”

And so, still able to access Cooke’s accounts, Jeff kept digging — and posting — in an attempt to help other people who may have been victimized reclaim their lost items. In addition to the phone, a bunch of credit cards under various names had been left behind in Jeff’s car, as well as someone’s ID. Jeff says he has since reunited some of those people with their belongings. He says he was also able to find information about various other possible crimes, and claims that he’s since helped solve about five thefts.

But then, Jeff says he found something that made him sick to his stomach. In a bizarre video that Cooke shot on January 1, she can be heard discussing a 62-year-old man named Bobby Phillips, whom she claims she had met only a few days prior, after he spent 43 years in prison for a murder he committed when he was seventeen. (The RFT searched public court records, finding arrests for burglaries and traffic crimes in Phillips’ past but no evidence he ever faced murder charges.) Meanwhile, uploaded from her phone to the cloud just the day before were photos of Phillips’ social security card, birth certificate and ID, as well as documents signing over his power of attorney to Cooke and naming her as the sole beneficiary in his will. According to the power of attorney paperwork, Phillips was residing at the same address as Cooke at that time.


A photo of a form, purportedly from Hoffen Funeral Home in Granite City, which Jeff uploaded to Cooke’s Facebook, indicates that Bobby Phillips died on January 1, 2021 — two days after naming Cooke in his will and giving her power of attorney, and the very same day the video was shot.

Jeff was shocked. Initially, he says that he’d just been shaming this person through their social media, while also trying to reconnect some people with their stolen items. But he feared he’d just uncovered something far more sinister.

“I looked at the time stamp. It was taken the day he died,” Jeff writes in a caption on the video. “There are other videos from that day. I’m sick to my stomach.”
The RFT has been able to confirm that Phillips died at an Airbnb in north St. Louis where Cooke was staying. A St. Louis police spokeswoman tells the RFT that officers had responded to call at that location but declined to say more, citing an open investigation. The spokeswoman says police are also looking into the theft allegation but again declined to provide any additional details.
Since the revelation that there had been a mysterious death in Cooke’s orbit, things have kicked into overdrive, with hundreds of internet sleuths digging into the matter, many comparing the whole affair to the Netflix docu-series Don’t F**k With Cats. The story has since gone fully viral as these online communities seeking to find more answers about Bobby Phillips’ death grow larger and larger.

Cooke, meanwhile, has spent the past several days behind bars in jail in Illinois. Macoupin County Assistant State’s Attorney Jordan Garrison tells the RFT she was arrested for possession of a stolen vehicle and meth. She’s being held on $25,000 bond. During a video court appearance on Wednesday, she requested a public defender. It wasn’t immediately clear if an attorney had been assigned.

A jail staffer tells the RFT that Cooke is aware of what’s happening with her social media accounts, but “not to the extent” that it has gone viral.

For Jeff’s part, he says he’s just hopeful that the revelations that he found on her phone can lead to some clarity regarding Phillips’ death and the strange circumstances surrounding it. What started as an attempt to reunite some victims of theft with their lost belongings has since snowballed into something much larger, and potentially with far more sinister connotations. If there was wrongdoing, Jeff believes it needs to be brought to light.

“I did not expect any of this. I wasn’t looking for any of this,” Jeff explains. “But now there’s a dead guy. And we need to figure out if somebody’s got to be held accountable.”

This is a developing story. If you have any information about Bobby Phillips or the circumstances surrounding his death, please reach out to us at [email protected], and include the words “Bobby Phillips” in the subject line.


Editor’s note: This story was updated after publication with additional information from St. Louis police.

Ryan Krull contributed to this story.